By now, most readers will already be familiar with the Agile concept of failing fast. For those who aren’t, however, this is a highly influential development approach that encourages companies to take bold, decisive action, because failure — paralysing though the fear thereof may be — is simply a part of living.

In this way, Agile developers are encouraged to keep an eye out for red flags and be ready to shift gears as soon as the need arises.

Unfortunately, however, by focusing on the term “failure,” companies are often left with more questions than actual answers. So for today’s article, Software Planet Group would like to clarify what exactly failing fast means by turning our attention to the real crux of the matter: learning faster. 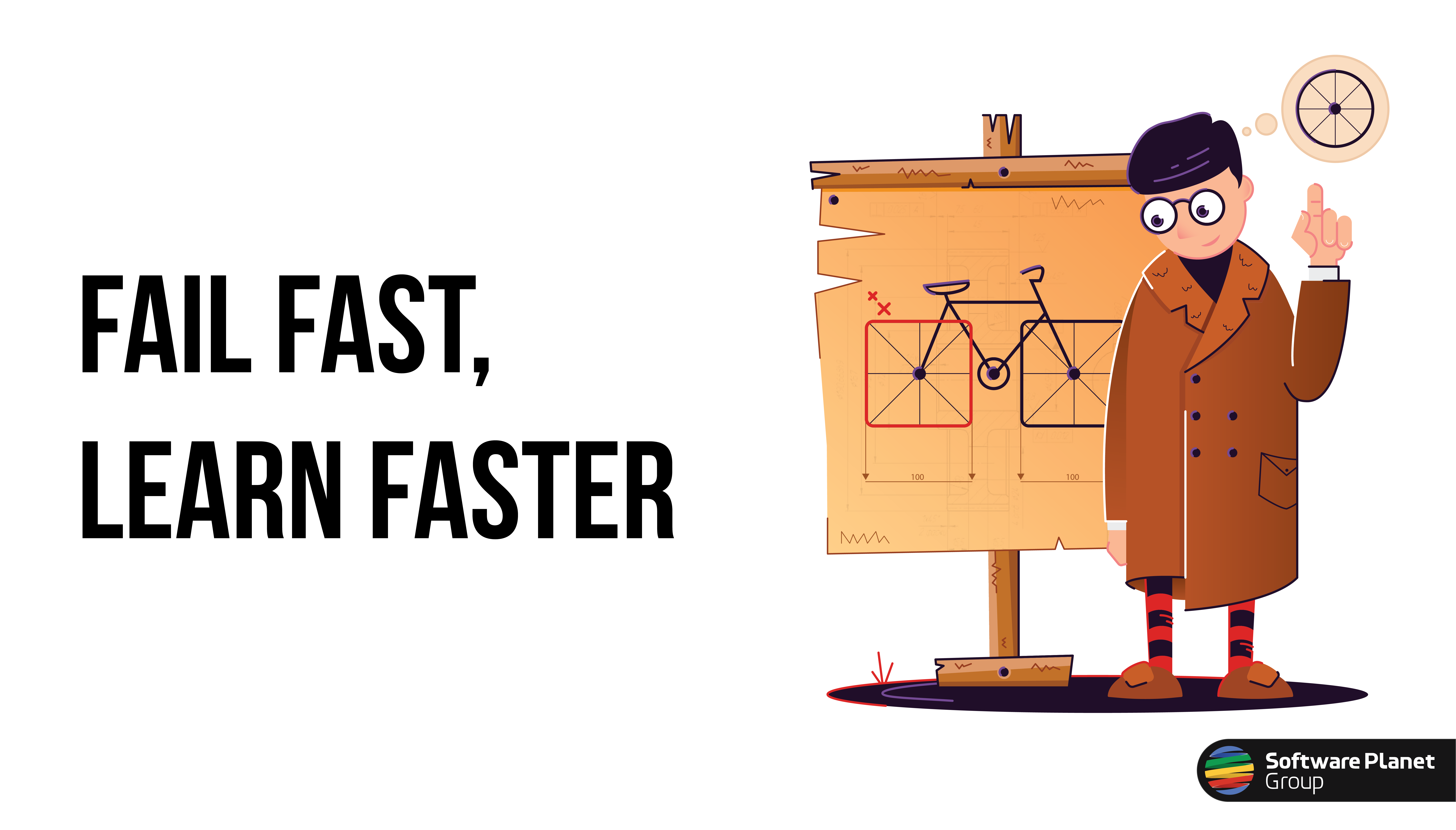 What can I learn from failure?

You see, ultimately, what really matters is the learning behind it — not failure itself — as this is what enables both people and businesses to thrive.

Take Oprah Winfrey, for instance. As a young news presenter, Oprah was convinced that in order to gain respect, she would have to slap on a fake Transatlantic accent and spend her life speaking as other newscasters did. As a result, at the dawn of her hugely successful career, the talk show host was told that she was “wholly unfit for television.” That one humiliating experience, however, inspired Oprah to embrace her true personality — warts and all — and become the billionaire icon that she is known as today.

For most people in the industry, such a major put-down by a media executive may have counted as the final blow, but Winfrey knew that that failure did not define her, so she took that defeat and made it into something good.

Still — mainly due to financial concerns — many managers today remain dead-set on avoiding failure, so it is important to realise that failing fast is never a cop-out.

Instead, what the term actually implies is we must somehow break free from the old notion of “right and wrong,” and replace our damaging thought systems with a corporate culture of learning.

After all, which is worse, failing altogether by building a product that no one needs, or allowing yourself to fail early enough in the process, so that errors may be addressed and a path to success paved?

To us, the answer couldn’t be more obvious.

In fact, the sooner your team can get comfortable with their own mistakes, the faster they will be able to get started on rapid improvements. This is why at SPG, we make use of Agile development, as it allows us to embrace a feedback-driven, truly fast-paced iterative approach.

For example, once your business is set on a goal, we can build an MVP in as little as two weeks that enables you to test your product on your company’s target users. This answers crucial questions like whether or not the product will be marketable, to the liking of potential customers or unfeasible in any way — should anything fail, by the way, we can simply take a look at exactly what went wrong and make any alterations that your company deems needed.

How can I change my company culture?

We believe that this corporate culture of learning should be present at all company levels. When dealing with employees, for instance, it is important not to punish them for making simple, honest mistakes. Instead, we recommend putting in place a number of gentle corrective procedures that enhance knowledge sharing and will discourage overall discontent. At Software Planet Group, for instance, this is what our retrospectives are for.

Likewise, from a technical perspective, we promote the use of Spike solutions as a go-to learning experiment whenever programmers face unexpected doubts.

Learning from failure is the key to success

To paraphrase another billionaire, Bill Gates once stated that “success is a lousy teacher. Though it’s fine to celebrate it, it’s more important to learn from defeat.”

Well here at Software Planet, we couldn’t be more in agreement. Though this type of experiment-based development will undoubtedly hurt on some level, the only true failure is getting knocked down for good.

On the other hand, by failing fast and attentively learning faster, you can grow from the lessons being shown to you every day and plan your next move with much greater confidence.