According to a recent study at the Harvard Business School, every year, around 30,000 new consumer products are launched into the market. Astoundingly, however, of these, up to 80 percent are destined to fail. So just in case you had any doubts, it has now been scientifically established: releasing a successful product can be one tough nut to crack.

Nonetheless, when first embarking upon this journey, it is not unusual at all to remain blissfully unaware of the many hidden challenges that are lying in the road ahead. So with this in mind, Software Planet Group would now like to present below a few difficult — but important — truths about working on product development: 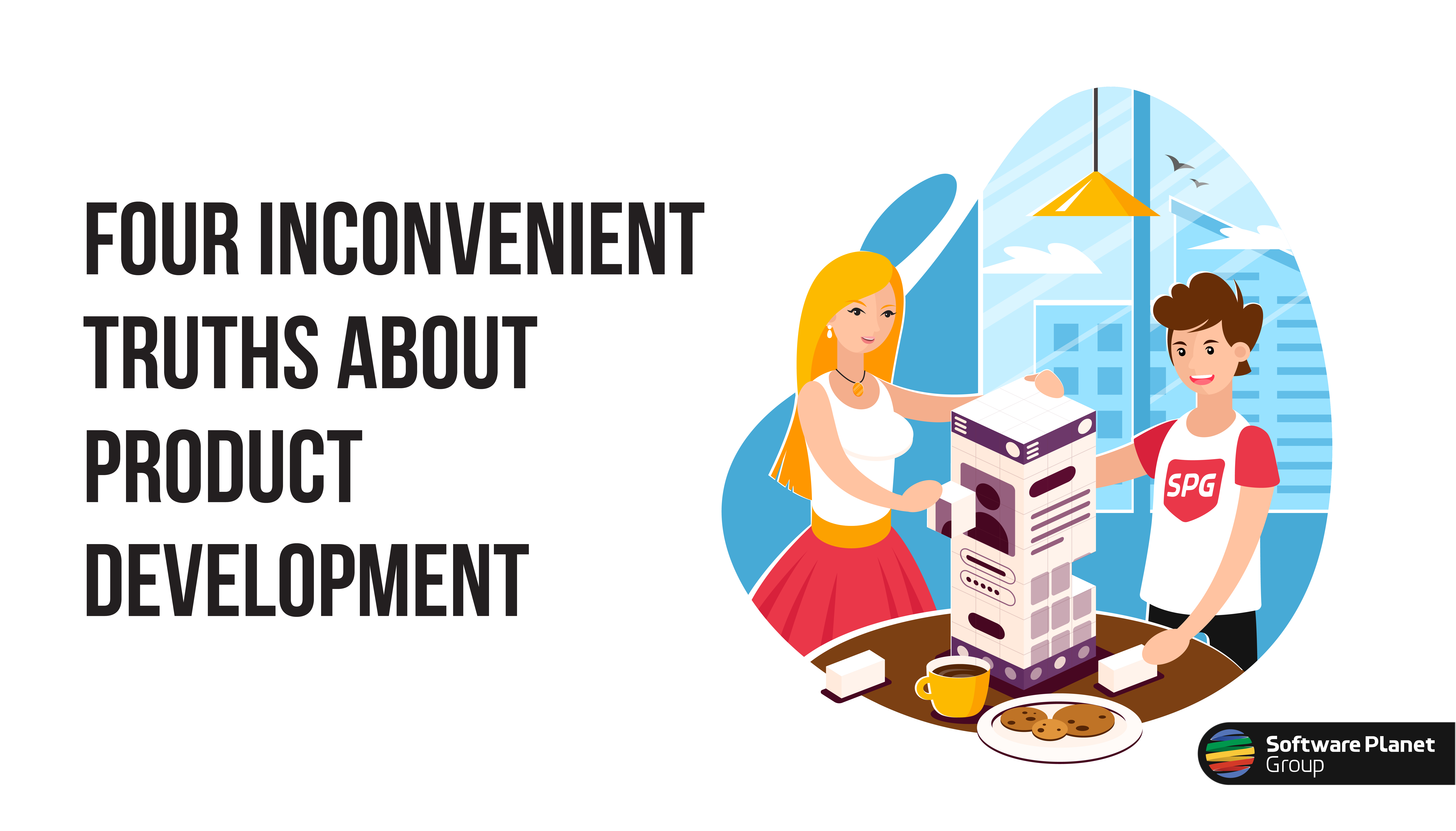 1. Most ideas will not work

Unfortunately, much like the products themselves, no matter how many good ideas you believe that you’ve come up with, the vast majority will be dodo-like duds. This happens for a variety of reasons, but most commonly of all, end users are simply not as captivated as you initially assume them to be.

For this reason, it is vital to have in place a capable team of developers that will help you to sieve out the great concepts from the bad. Here at SPG, for instance, we make use of rapid prototyping, a highly efficient Agile technique that in just a matter of days can validate your many ideas with both stakeholders and end users.

2. A successful product will not happen overnight

If you’re still under the false impression that you — or anyone else, for that matter — will be able to devise the perfect product from the start, then we urge you to think again. After all, even Rome, the video game, was also not built in a day.

In fact, no matter how certain you are that you’ve finally got your product just right, it will likely be many more Sprints before this actually becomes the case. The good news, on the other hand, is that by taking heed of your end users’ feedback and beginning with a strong MVP, you can gradually build your product up to the place that it truly should be.

3. Meeting real market needs may be easier said than done

While misleadingly straightforward, successfully identifying and meeting a market need is the single greatest challenge facing modern entrepreneurs. Take the iPad, for instance. Upon its release, both analysts and consumers were left equally bewildered, as the product was too big to be a practical mobile device and not functional enough to be used as a proper laptop. Yet in spite of the faithless press, Apple knew that they had spotted a profitable market need. The lesson here, of course, is that in order to succeed, you must be willing to think outside the box and find gaps where others won’t look.

4. Timing is a lot more important than you think

Finally, in many cases, products are just hampered by their poorly timed releases. This, however, may not always manifest itself in the ways that you would expect. Sticking with the Apple example, for instance, over a decade before the iPhone was originally released, the company put out the Newton, their short-lived PDA. Unfortunately, however, even though the digital assistant was very much ahead of its time, this was in fact precisely its downfall. You see, because the Newton offered features that were much more advanced than any of its closest competitors, consumers were unable to make a seamless, thoughtless transition.

As the cliche goes, developing a product is a lot more than a Sprint, it’s a fully-fledged marathon. But while there may be no easy way of escaping these inconvenient truths, what actually really matters is how you go about dealing with them.

By testing your ideas on your chosen audience, iterating, polishing, rinse and repeat — SPG can help you to attain your place in that highly coveted 20 percent.